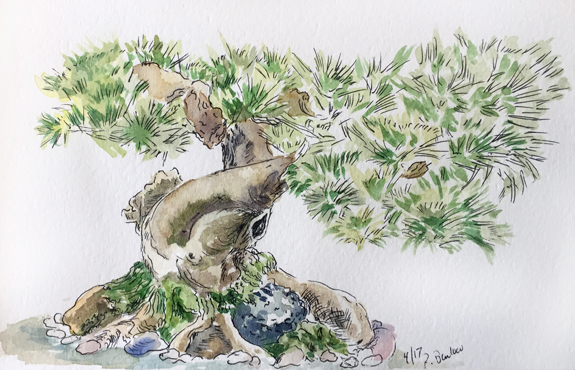 A funny thing happened on the way to the buzzer. Herman the Hermit was determined to hide behind the bonsai so I decided to draw the tree instead. It was supposed to be a 3 minute doodle, but I kept hitting the snooze button until almost 10 minutes had gone by and Herman was still hiding. Then I remembered there were lots of other fish in the tank and restarted the timer from the beginning.