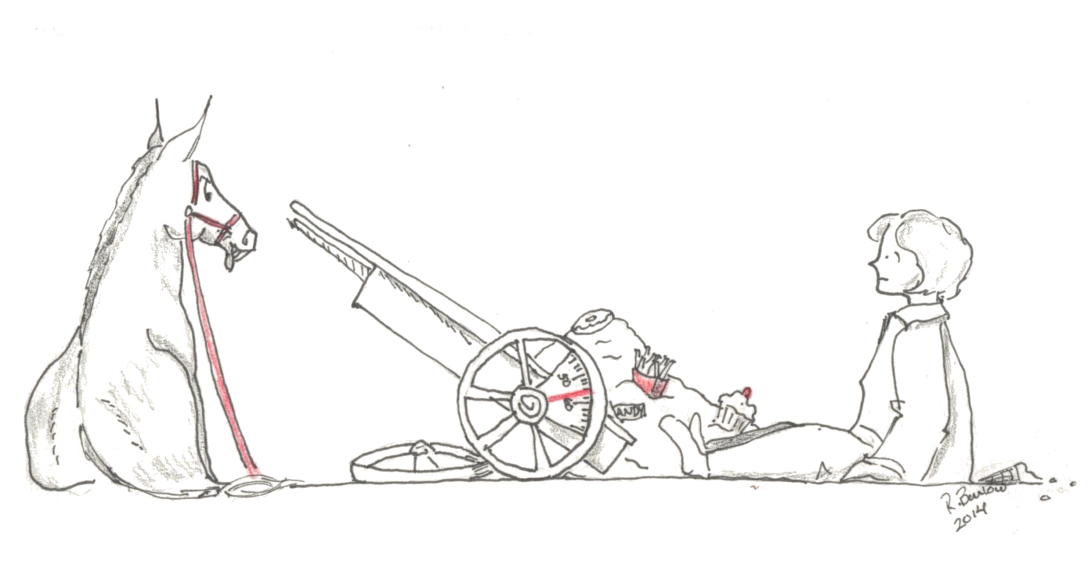 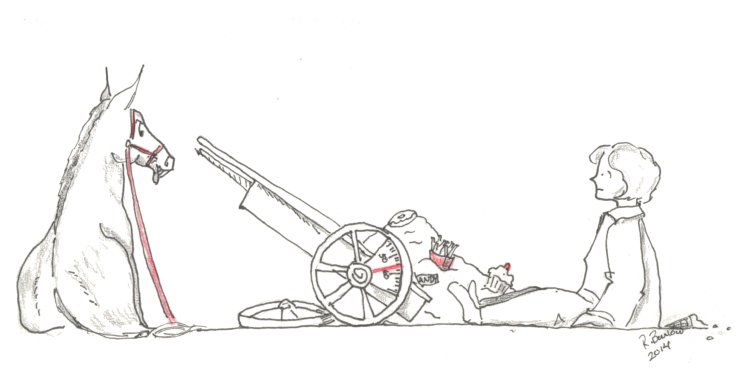 If the best laid plans can be torn asunder, a half-assed one can really get turned upside down by the minorest of things.

In this case, the minor thing was a 24 flu that turned into 72 hours. I’m fever-free for 24 hours now but still wobbly.  I’m up for early morning writing group and work at my favorite cafe, one concession I’ve made to my grand plan, and it’s not just rationalizing, it’s fitting.

A couple years ago I asked if they would be interested in selling any of my cartoon magnets.  The magnets had been selling like hotcakes with sweet, sweet maple syrup and.. but I digest.  The proprietress took a look at the selection and chose a few, omitting some of the diet-related cartoons that had been very popular elsewhere.

“They’re very funny, but we’re trying to foster a healthy relationship with food,” she explained pleasantly. I got it. Right toons, wrong place.  But the term healthy relationship also got into my craw. It’s come back to haunt each time I fall off or even break the wagon.

My brother-in-law has been on what most of us would call an extreme diet for the better part of twenty years. Realizing, just after he finished med school, that he’d put on more weight than was healthy, he disciplined himself to exclude sugar (except for fruits) and artificial ingredients from every aspect of his diet. When he visits, he brings his own food. He lost fifty pounds, kept it off as he saw our niece and nephew through adolescence, and our family has gone from bemused tolerance to grudging and now admiration at his discipline.

Ironically, his discipline has been bolstered by his own recognition of needing a healthy relationship with food. Knowing certain foods trigger bad behavior and vice-versa, early on in his redefined relationship, he negotiated a truce that involves an annual day of indulgence (a whole birthday cake once per year).

I’m thinking about that as I look forward to a day of creativity and work and indulging in solid food that’s flavored by atmosphere and healthy behavior. There won’t be any drive-by burger looting, but there will be a flavorful salad prepared by people who really care about food and about the people they’re serving it to. And when my experiment ends, I’ll remember that its ultimate goal is to hit reset button, to renegotiate my relationship with food and, ultimately, life.