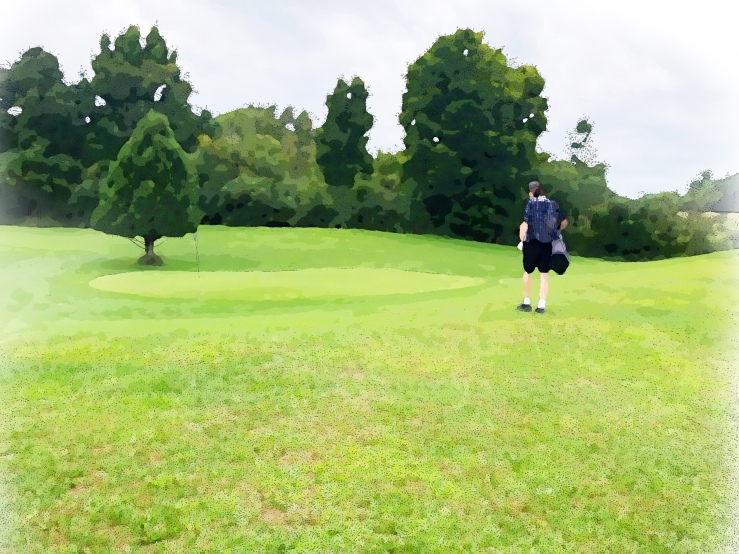 On his good days, Thing1 can still Demonstrate that he’s still stronger and faster than we are,and, after a transfusion or infusion, that he still has endurance for some of his favorite activities.

We do try to get him out to hit a few holes or drive a bit. They have minimal impact on his health one where the other, but they keep them connected to his old way of life and, or importantly, what he is determined will be his way of life in the future once again.

We’re always wary of denial on all our parts, but determination is not that. after all, whether it’s getting up a hill at the public golf course in the town nearby, getting over this next hurdle, determination is the only thing that will keep him putting 1 foot in front of the other.

And I’m willing to feed that. 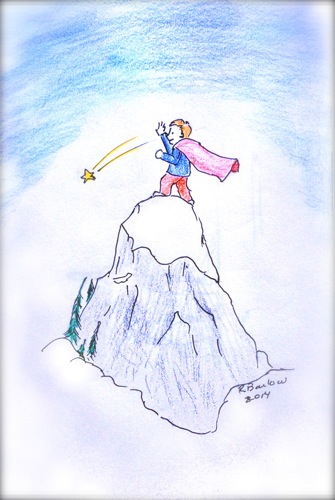 “Mom, I have a new superpower!”  Thing2 barely had his seatbelt on.  “I can create wind!”  That neatly explained seven-year-old Thing2’s energetic,  skyward gestures as he hopped off the bus.

“What do you mean?” I asked.  Thirteen-year-old Thing1 smirked as he tried not to inject eighth grade into a heretofore innocent and imaginative conversation.

“I can,” Thing2 insisted, launching into an explanation of how to get the weather to bend to your will.

We quickly figured out that the weekend’s Frozen marathon – halted when Thing1 threatened to get a court order to get Thing2 to stop playing it – had inspired the afternoon’s flight of fancy.  It’s the result of a pattern that’s threatened to force us into using the worst parenting platitude ever devised.  It’s one I prayed I’d never use, but here we may be.

Thing2 had zero interest in Frozen until last week.  He, along with the rest of the boys in his class, were left off the guest list of a girl’s slumber party (a story unto itself).  Discovering the party’s theme and certain he was off the list because of his ignorance of the plot’s complexities, he promptly began begging to see it.

“I’m the only one in my class who hasn’t seen it,” he told me, digging out the other most over-used phrase in parent-child relations .

“Where have I heard this before?” I asked, resisting the temptation for a traditional answer. The question was rhetorical – I’d heard the complaint two weeks earlier.  It was before ‘Everything is Awesome’ from The Lego Movie became the newest tune Thing2 used to torture Thing1’s highly sophisticated musical ear and he’d been the only kid whose parents were keeping him in a cultural wasteland devoid of talking Lego characters.

I was a teeny bit curious about Frozen, however, so when the Big Guy and Thing1 were busy with homework  hit the download button.  The rest of the weekend was history.

I’ve avoided completing the other half of the ‘Everyone else is doing it’ equation for thirteen years not because I’m a parenting genius, but because Thing1 is a born skeptic.  If his friends were jumping off the proverbial bridge, he’d ask if they had insurance and a rope.

When we got back from the bus stop,  Thing2 offered to demonstrate his wind powers.   I fetched firewood as Thing2 climbed to the top of a snow drift, raising his hands in the air and gesturing to the clouds.  The top of the pine trees continued to sway.  “See?”

Weather control soon bored him and he began jumping from drift to drift.

“No I won’t. Look, Mom,” he said as I filled the canvas wood carrier again.  “I’m jumping over the Grand Canyon.”

I stopped and watched him leap between two solid snow drifts.  He really did look like he was getting ready to jump over a gorge, and I realized I’ll never get to ask the oldest, most-overused query in parent-child relations.  The answer was already there in his flushed cheeks and every new story he was imagining with each leap.  More jumpers would just make it more fun.