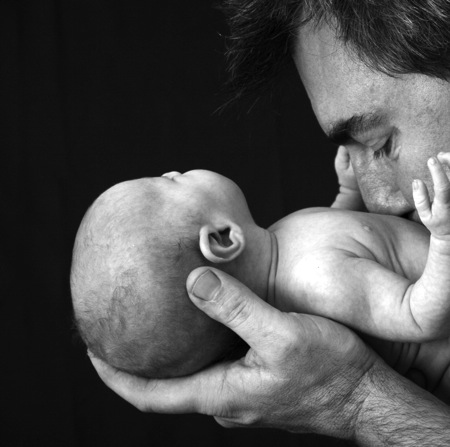 I’m making a third birthday cake for Thing2 today.  He had one for his party over the weekend, we took cupcakes in for his class today, and we’ll have our family celebration tonight.  It’s the last cake for the last seventh birthday I’ll ever make for one of my children, and while I don’t want to do this again, I also don’t want it to end.

It’s the Big Guy’s birthday.  Today our family is celebrating him, but I’ve also come to see this day as the demarcation of the seasons.

It’s not just because his birthday coincides with the second day of fall, but because his favorite birthday dessert is not cake.  It’s apple pie, preferably made with apples from our own tree.  It’s only after a few cold snaps that the apples start to take on a sweeter taste, and the first, tart bite, softened by the streusel topping, evokes all the soon-to-be wood-stove warmed evenings,  homemade breads and stews, and evenings snuggled on the couch.  So now, celebrating the Big Guy is really a celebration of a season of family enjoying family.  And who better to inspire it?

Everyday is a beginning, and in the beginning, it’s always murky – sometimes even dark.  Beginnings still take determination and fight – whether it’s a new run or another day toward a new life.  It’s not until the first bead of sweat breaks that the rhythm of the trail or the day takes over.  It’s self-sustaining until the exhaustion that must come does, but when it passes, what is left behind is the fight and determination to begin again tomorrow.

I wasn’t exactly pudgy in high school. I doubt any of my friends would have called me fat, but I doubt I was the only girl who looked in the mirror and wished they were skinnier, taller, more like the faces staring out from the magazines. I was hardly model height or weight or anything else, but looking back, I can hardly believe how hard I was on myself.  I’m sure I wasn’t alone there either.

Decades later, standards have changed, but so have I. There are now petite models, plus-size models, and, if they ever start looking for a petite, plus-sized model shaped roughly like an orange, I’ll be in serious demand. So, even though I’ve lost twenty-seven pounds since the beginning of the summer, I still have a long way to go.

I’ve been traveling a good part of that road on foot on the make-shift track I’ve formed in the tenth of a mile of grass and gravel that surrounds our house like a wavy running track. This morning, after a bad fall from grace the night before, I got up and greeted the apple tree between the house and garden thirty-two times, I glanced at the soon-to-expire inspection tag on the front of my car thirty-two times, and I said hello to my puzzled dog thirty-two times.

It was routine again after the second lap, and there’s something comforting in routine. My legs no longer feel tired on every lap. I’m not out of breath after each lap. When my music program ends on my iPod, I keep going for a few more minutes because I can. A few more songs and it’s no longer about the weight but about going the distance. It’s about making taking care of myself part of my routine. It’s the same mentality that helped me make writing a part of my routine last summer.

Anyone who’s been reading this blog since last summer knows that my posts have gone from being daily and even twice daily to weekly or semi-weekly on good weeks. I can blame some of the lapse on a little more chaotic work schedule and the kids being home from school all summer. But the reality is that at the beginning of the summer, I had to make some hard decisions about which battles I needed to fight the hardest for a while.

In the middle of May, chest pains sent me to the hospital for a stress test. It was the culmination of a winter of health neglect that coincided with a fairly serious bout with depression. The chest pain turned out to be a very bad lung infection, but it was a wakeup call. So I started walking.

I get up at five in the morning to work on email or fix a file for a customer.  I spent most nights for the better part of 2 years and then 3 with an infant glued to my breast because they needed it. So why, I asked myself, wasn’t I willing to do that for myself. Now I do because I’ve come to the recognition that it’s okay for a mom to do something for herself. You are doing it for them. You’re doing it to be there for them for the long haul and to be an example, but it’s okay to do it for yourself.

Now I feel I’m starting to feel like I’m winning the battle, even if it will never end. But it’s not an uphill fight, and it’s giving me the gumption to take up the writing banner that has meant almost as much as my health. There have been spurts and fits trying to get the routine back, but the challenge now is to find a way to make those two battles one.

It was supposed to rain that Thursday, but as the time for the parade drew closer, blue took over more and more of the sky. The Big Guy was working, as he does most years on the Fourth of July.  As they do most years, our plans for the day included chores and little else.

The little else – a homemade, hometown parade along a mile and a half stretch of the main road of our town of 300 – is the highlight of our Independence Day each year. Comprised of a small collection of tractor- and horse-drawn wagons, festooned with flags and flowers from nearby fields and filled with singing townsfolk, the entire train passes by in less than a few minutes. Some years we ride on the wagons. This year we decided to wait and wave, and, this year, the waiting made all the difference.

We decided to head out to the parade a little early this year. The bridge at the bottom of our road is closed, and we planned to watch from the Town Hall a mile and half away at the other end of the road. The 150 year old school house across from the Town Hall (which, along with the nearby church are the town’s center) was the site of an art show hosted by a friend, and six-year-old Thing2 wanted to bring her flowers for luck.

With twenty minutes to spare before the parade got going a mile down the road from the schoolhouse, we took our time visiting with our artist friend and helping her setup. We browsed the paintings and prints, glancing out the window for approaching flag-wrapped horses, but none appeared. I checked my cellphone, and, noting that ‘hitching time’ was past, ushered my twelve and six-year-old out the door and across the road.

A few other townsfolk were arriving at the schoolhouse and making their way from art show to parade stand, stopping to patronize a lemonade stand that two boys had strategically placed next to the road. A few people brought chairs, and, as we each searched for a patch of shade, we began taking turns walking into the road to scan for the parade leader.

Ten minutes passed, and our small group concluded that hitching time had been delayed. The smaller boys began making miniature forts with bits of bark scavenged from around the oak tree that shaded us. Neighbors finished talking about the weather and began catching up in earnest. At forty minutes past hitching time we were certain that the lead rider was just around the bend, and the conversation turned to parades past. But the green at the bend in the road remained uninterrupted.  The younger children now conceived a world in a grassy curve carved by the roots of the oak tree, and neighbors began to discover each other in earnest.

Almost two hours had passed after the first horse was scheduled to leave the parade starting point, we heard hoofbeats and the hum of the first antique tractor.

A bunting-wrapped Kubota backhoe pulling a hay wagon loaded with singing townsfolk, prodigal children and grandchildren and other out-of-town guests led the parade this year. It stopped every few feet to let children on and off, and from the center of the wagon, candy and gum came flying at my kids. A few minutes later a pair of horses appeared, their riders carefully balancing flag poles on the toes of their boots. There were a few other tractors and wagons, and then two flag-bearers on foot came into view from around the bend. An ancient tractor pulling the last wagon appeared. This one was loaded with singers and one participant who had turned his attention to a magazine he brought along. The entire procession lasted less than ten minutes.

The morning was gone. I was still in visiting mode, and it seemed too late to start the chores I had assigned myself and the boys. I checked my watch and noticed that it was almost time for the Big Guy to leave work.

Deciding strange forces were converging to put us on a different course for the day, the boys and I decided to go get the Big Guy and take him to lunch. Chores and to-do lists were forgotten. The reason for the season was officially our nation’s independence, but it was the waiting that had forced us to free ourselves from routine, if only for a day. As always, the tiny parade was worth the wait. The wait, however, was priceless.