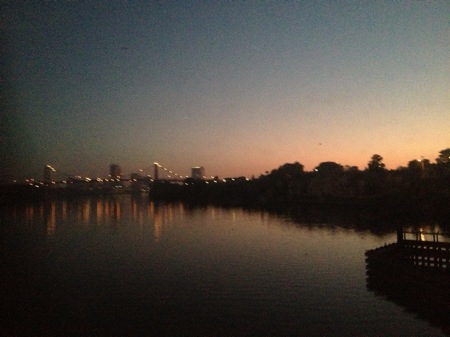 At five in the morning after a night of trying to stretch out while still fulfilling my duties as pillow-in-chief to six-year-old Thing2, the train seemed a lot less romantic than when we got on the night before.  The rosy glow was gone, but what remained was better.

We had planned an elegant evening meal in the dining car but, realizing we would need to bring our bags or leave them unattended, decided to take turns foraging at the snack bar.  In the time it took each of us to find some microwave pasta and sandwiches, Thing2 had befriended the four-year-old in the seat in front of us, scoring himself a box of crackers in the process. 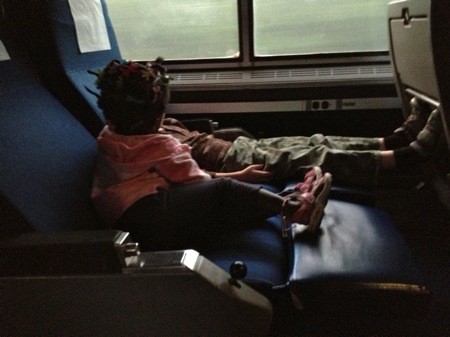 It wasn’t late, but it was dark by the time we all finished snacking and eating, and Thing2 and his new friend had little trouble snuggling against their respective pillow-moms for a short summer’s nap.  They said goodnight to each other, and eyes were closed in a few short minutes.  It wasn’t romantic, but it was cozy.