“Advanced Maternal Age” read the chart when I peeked over the doctor’s screen.  I was only 38, and I’ve known women who had their first child in their forties, so I was a bit taken aback to be lumped into a category that labeled me as ‘old’.

“It’s just to track risk factors,” explained the doctor as she glided the ultrasound wand over my growing belly.  When I was pregnant with Jack, six years earlier, I already had a little of the feeling that the Big Guy and I were late getting in the Family Way.  Most people we knew had started their families within a year or two of getting married, while the Big Guy and I spent four years acting like teenagers together.  But, despite that most of our friends’ kids were grade school and beyond by the time Jack arrived, we never questioned our decision to take things slowly – until that moment.

My ultrasound was a little off, and we ended up needing to go to a bigger hospital for a closer look at  developing Thing2, but the possibility that he might have Downs Syndrome was not the cause of my age angst.  Rather, it was the slow recognition that I would be almost two generations older than my youngest child.  I would be hitting the ‘change of life’ when he starts getting pimples.  When he gets to his age of adventure, I and my body would be wanting to slow down.

Seven years later (Thing2 will be seven in October) I can still remember that moment in the doctor’s office as if it were seven minutes ago.  At the beginning of the summer, I about it a lot as I huffed and puffed to the top of the driveway.  On Labor Day, I thought about it again.

Labor Day Monday, Thing2 and I ran in a race together.  I ran the 5K, and he ran the kid’s half-mile fun run.  It was a friendly crowd of five thousand people, and there were about 200 kids in the fun run.  I was excited for the 5K, but I was nervous for the fun run. Thing2 is a country boy – how would he deal with the four foot high surge of humanity flowing around the block?  Would he be scared? Would he get discouraged if he got tired?

The starting gun went off, and I had my answer very quickly.  Thing2 was at the back of the group, so we had time to get to the finish line.  As he came around the corner, he briefly faltered, but the smile never left his face.  He passed us, barely hearing our shouts of encouragement, and I realized that tears and not the soft drizzle were making my face wet.

Thing2 crossed the finish line and waited for us in the kids’ area.  When we got to him, he had already collected his green ribbon.  I hugged him and raced to the starting line of my own race.  His smile never left my mind, and it propelled me – with a smile of my own – the entire 3.10 miles.

Our runs were the culmination of a summer of fitness and following my kids around mountains and into dried-up waterfalls and down sandy beaches.  It was a summer of being inspired to live better and do more with both my boys throughout.  I ran my last half-mile, singing to my music and thinking about the upcoming kids’ winter sports, and that seven-year-old memory came back to me.  This time, however, when I pictured the doctor’s office, it wasn’t the words on the chart that flashed in front of my eyes – it was the memory of the grainy black-and-white screen glowing with the image of my wriggling fountain of youth. 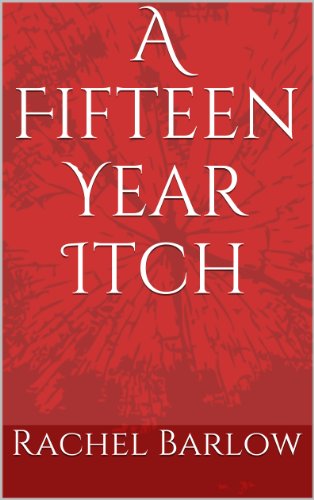