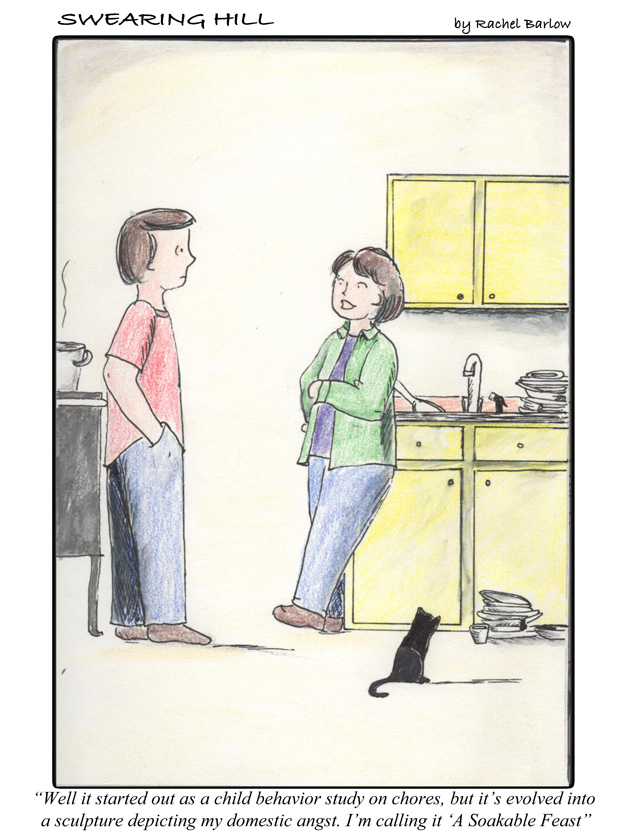 Most of the time living off grid here on Minister Hill is easier than being connected.  We never lose power, our wood stove heats water in winter and the sun heats it in summer.  Ironically, spring is one of the few times when we feel a bit disconnected.

Normally it’s not that big a deal – I save my showers for after a workout when I’m hot anyway (gardening, cleaning, chasing the kids).  Thing1 does his part by taking cold showers, Thing2 is more than happy to skip them altogether, and we get through shoulder season – that time of year when we get too much rain to heat the water with solar and too much heat to want a fire in the woodstove – without too much pain.

Except this year.  Our dishwasher died which meant for about six weeks during the resuscitation attempts, burial and cash-ectomy for a new one, we were back to doing dishes by hand.  The Dishwasher-less Experience during shoulder season involved an introductory week or two of choosing to use hot water for washing a pot or the crew.  Then, in an effort to preserve a few drops of luke warm water for the shower – I began heating water for dishes on the gas stove a la Little House on Minister Hill.

We adopted the dishwasher when we went off grid after learning that it actually used less water than doing dishes the old-fashioned way and deciding five years of hand washing was enough of the Little-Old-House-in-the-Big-Woods experience.  Watching the pile in the sink grow for the better part of two months, I regularly wondered if I should continue doing my part for behavioural science by seeing if our teenager (who is assigned to the emptying of the dead dishwasher) would move himself to wash a dish before we ended up using paper plates or if I should just call the experiment a washout.  Like my clutter-based child psychology experiments, the answer to the question of who will deal with the mess when it gets bad enough is ‘Mom.’