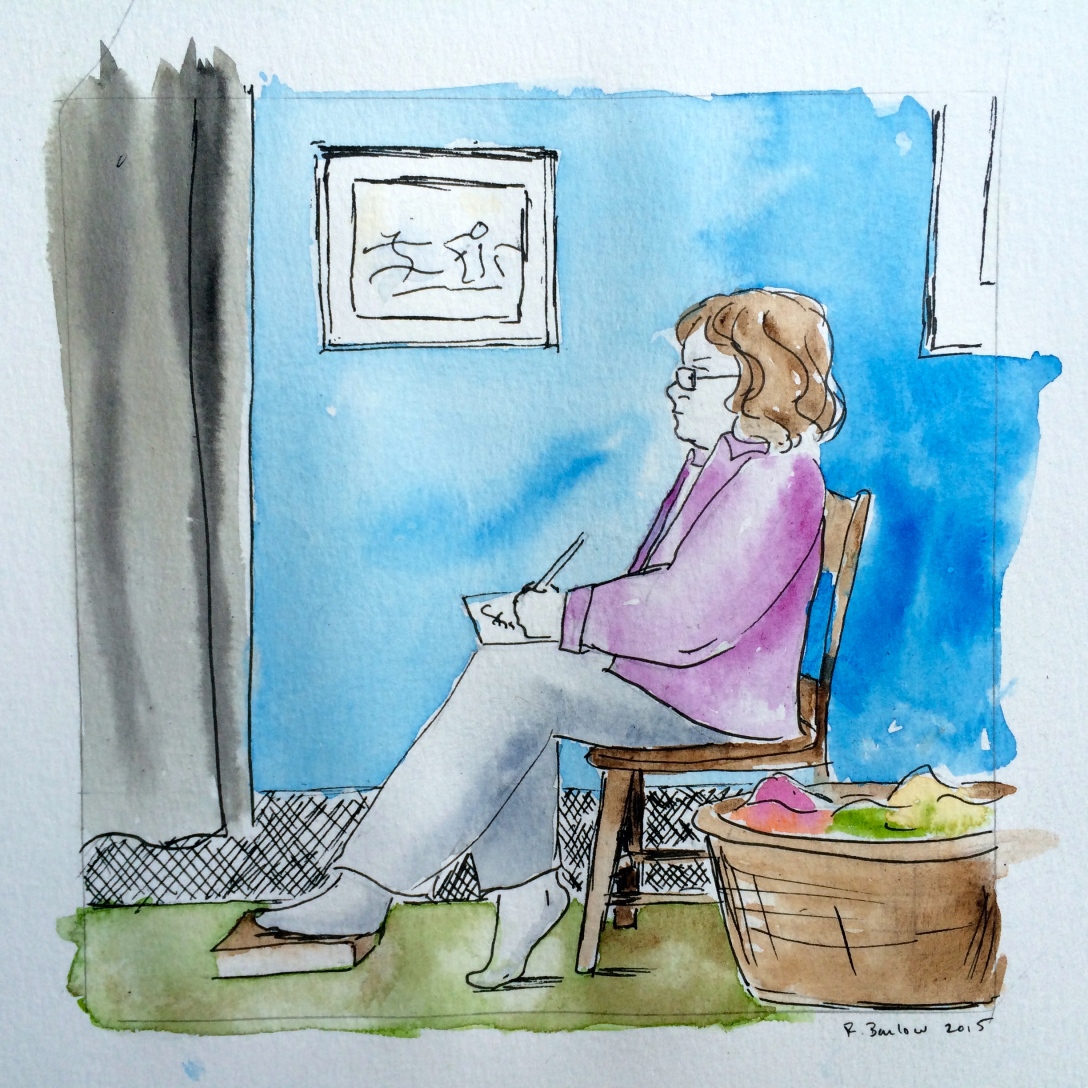 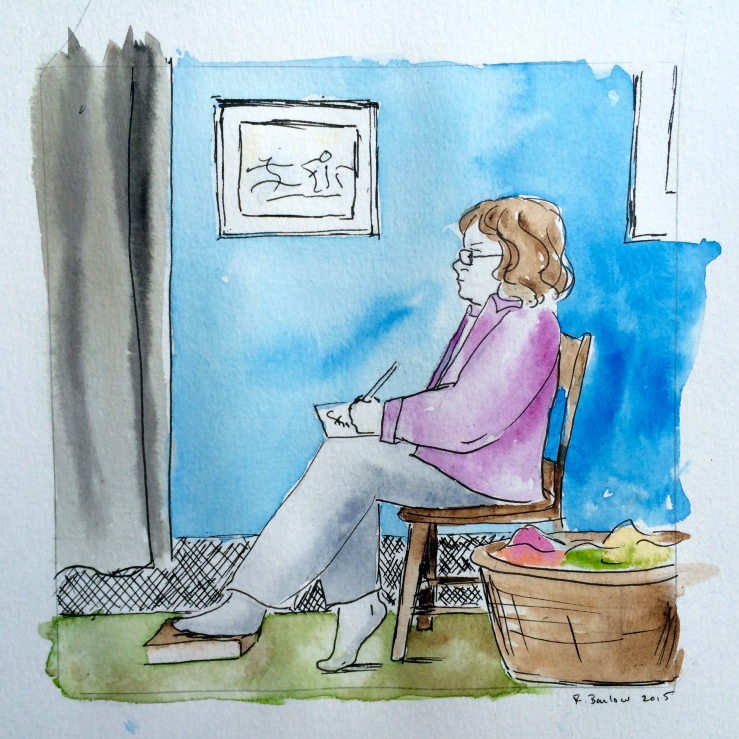 Recently, I enrolled in an online cartoon course, hoping to get my cartoons to the next level. Even though people laughed at my  gags, I worried my watercolors and sketchy lines weren’t enough like the professional cartoons you see in the newspaper. In short, I worried they weren’t enough like everyone else’s and that I was just someone posing as a cartoonist. An imposter.
The first lesson requested three recent efforts. I sent in Kiterature, my answer to 50 shades of Grey, and, of course, a cartoon about dieting (I know, it’s low hanging fruit, but at least I’m reaching for fruit, right?).  I was pretty sure the instructor would point out how unprofessional my sketchy style is, confirming my fears.
I was already working on a new set of cartoons using magic markers, trying to make them look more like everyone else’s two weeks later when his response hit my inbox. I was more than a little nervous. This guy has had cartoons appear in the London Times, and I was prepared for him to tell me all the things that were wrong with mine.
To my surprise, after  his brief introduction, a good part of his response was complementary about the very parts of the cartoon that caused me the most doubt.  To be sure, he had suggestions for improving design and finding inspiration. He emphasized, however, not changing my style, but developing it. It made me realize that having the trepidation to call yourself a writer or an artist or a cartoonist — even lacking any actual credits — doesn’t make you an imposter. Changing your style to fit what you think the world wants does.
I’m still using the markers because they’re fun, but as we get closer to vacation the are watercolors out again because when I’m hunched over the paper dabbing my brush and my pans and shot glass of water (really it’s water), I’m home.  And it turns out that’s exactly where I should be.