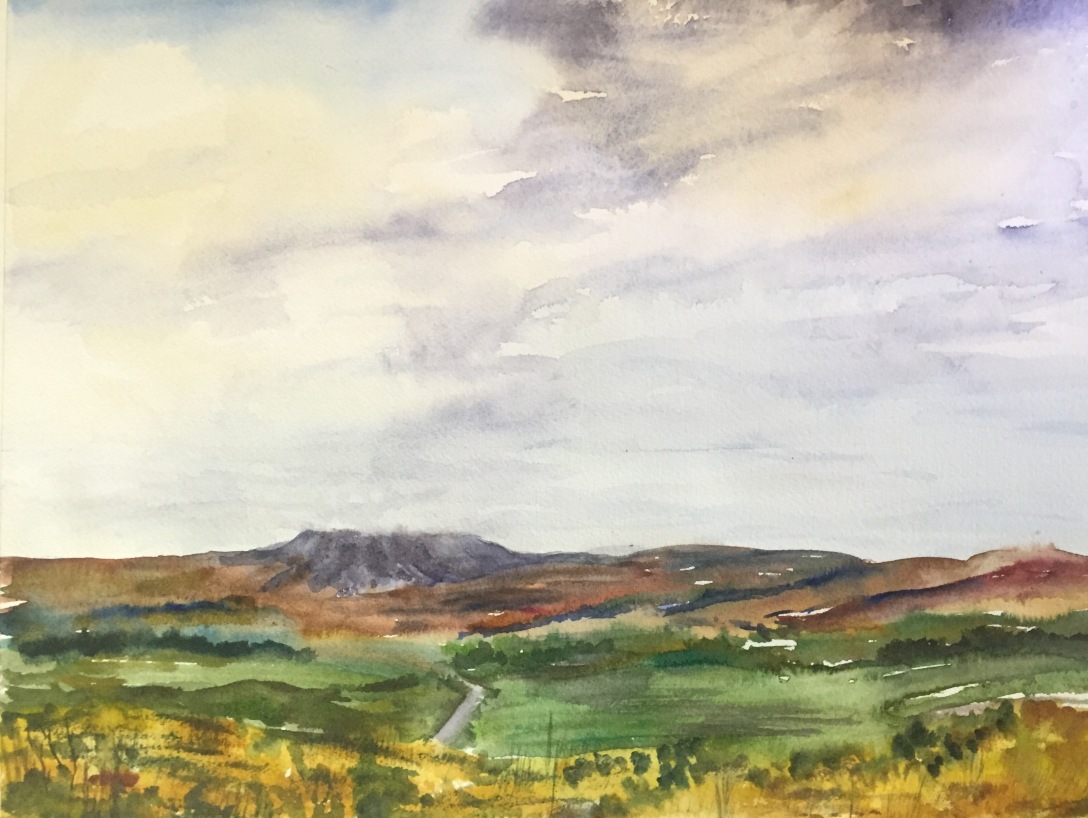 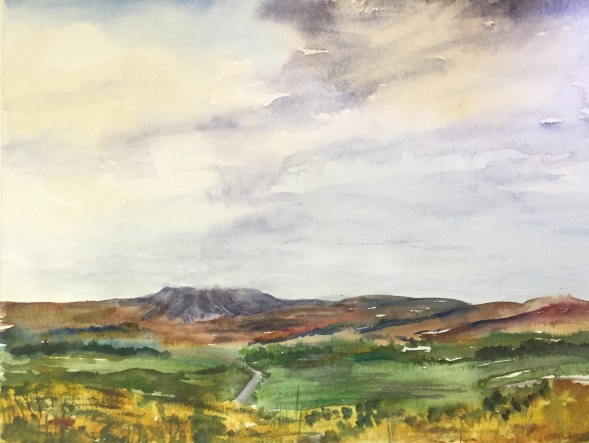 The highway to the volcano Hekkla,  once known as the gateway to hell, was closed when we were in Iceland in the fall, as an increase in seismic activity had the geologists concerned that the eruption which had been overdue should be upgraded to status imminent.

We didn’t get to see any eruptions, but we did get a look at Hekkla’s sister, Eyjafjallajökull, which had been slightly hellish just a few years ago. From where we stood, however, the road to hell was gorgeous.

I found myself painting this a few times in my watercolor journal and again when I got home, and the results were always similar. The paintings were never faithful copied of my photographs but, rather interpretations of the vivid beauty and vastness of land that had been ravaged but then recovered.

I kept coming back to that theme of land and people recovering and digging out from the ashes, stronger than before. I go back to it even now, months later, and it helps me to temper my fears.