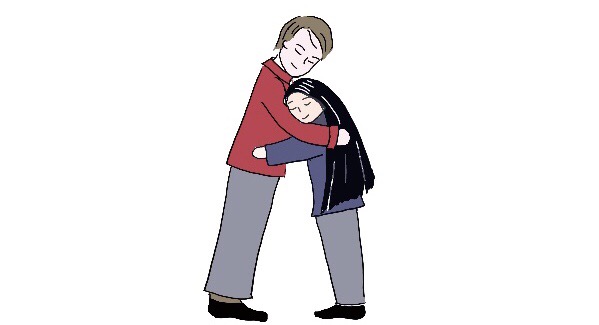 “The fever’s down a bit,” I texted back. T1’s temperature had peaked at 107 for about an hour in the middle the night, and we had spent the rest of it calling his doctor and forcing fluids and more Tylenol. Super Gal and T1 had texted each other a few times in the wee hours of the morning until T1, out of the danger zone, fell into a deep sleep and forgot about texts.

I knew she’d been feeling under the weather—no one has escaped this winters ravages – and it made me smile little to see them reaching out to each other, even if, between illnesses and normal senior year time pressures mean they can’t be together much right now.

They’ve been seeing each other for a couple of years now. They’re planning their third prom together which, in high school terms, is practically a golden anniversary. Neither of them knows where they’re going next year or if they’ll end up in the same place or what they will do with their lives beyond that.

I know statistically that most people don’t often end up with their high school sweetheart, but everything about the way they have supported each other over the last few months tells me that there’s a deep friendship there that can survive a lot and be a source of comfort and strength for each of them.  And right now it’s nice to have a small reassurance that, in the long run, these kids will be all right.