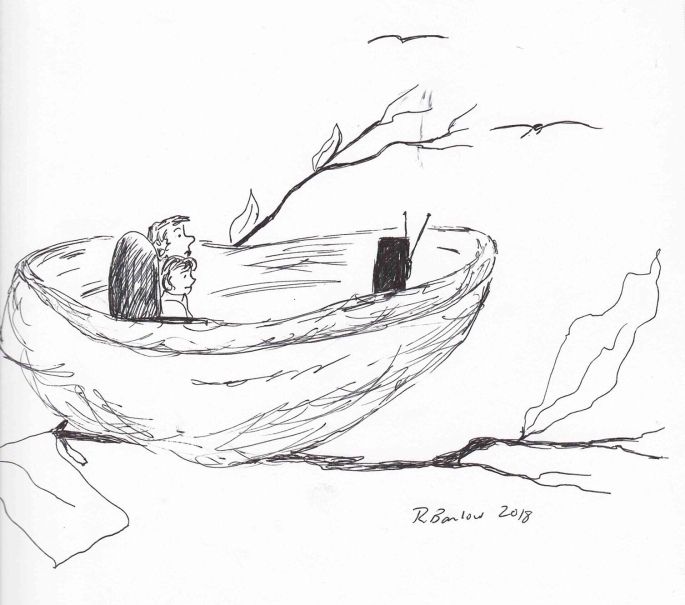 The other Friday night, Thing2 had a school dance.  Thing1 went over to SuperGal’s house for a quiet pre-prom night hang out.  The Big Guy went to play music with his traditional music band at the Wayside Country Store. For a few minutes, work was finished, school was out and I was somehow alone.

Then at 6, Thing1 texted he was starting home early, so he and I went to a new food truck discovery in Cambridge, NY. We got back just before the Big Guy finished up his gig. Thing1 went to bed early as he has been these days with his hair-trigger colon still sapping his endurance.  The Big Guy and I suddenly had the giant sectional all to ourselves. I had to keep reminding myself that Thing2 was going a sleep over after the dance since, even with the TV turned up to 50, the silence blared, heralding a new era.

When I started this blog about 6 years ago, Thing1 was just starting to pull at the fraying edges of my apron strings.  This year, despite the needs created by an acute episode of his illness, he’s been shredding the one on his side. What I hadn’t expected — but should have — was that Thing2 would start chewing at his share of the strings at the same time.

I’m wearing my UMass Mom t-shirt as I write this. It’s my new apron. There are no strings on it. Like that apron, it’ll get a few tears on it over the next few years, and, hopefully it will have a companion when Thing2 flies the asylum in a few years.

The geography of our new lifestyle is similar to when we were double-income-no-kids (DINKS) even if the absence of money reminds us that no matter where our kids are, there it is. Still, penniless or not, it feels like we’re entering new territory.