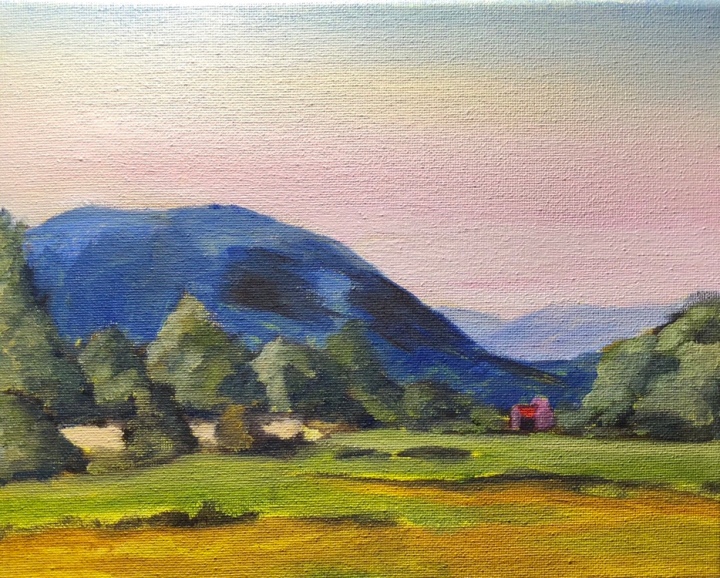 I worked today like every other Sunday. Today was a bit different, though. I worked my favorite café in Cambridge, New York, which isn’t so different except that I rarely get there on a Sunday anymore. It was different, too, because my new friend Susan, newly transplanted from downstate and another good friend, Liz, from writing group met for lunch, and we bonded while I worked.

The day was a gift.

Work ended, and I closed up my laptop and headed to the grocery store in Bennington, Driving through White Creek, New York to get there. As I passed the country store, I noticed a sign sending love and wishes to the Gulley family, noting that today, in addition to being a beautiful Sunday in August, was the day that they were laying to rest a family member.

I only had the privilege of meeting at Ed Gulley a few times (I got to know his wife Carol better through writing group and impromptu meetings at the grocery and feed stores) at writing group. Our family first met him and at an open house at Bedlam Farm in Cambridge.

A dairy farmer who had embraced his creative side later in life, creating distinctive sculptures with found objects from around his farm, Ed stood under an apple tree next to a soft brown cow, talking about farm life and issues facing dairy farmers that never make it in to the news. His no-nonsense manner and colorful turns of phrase kept even our then nine-year-old interested in the finer points of milk prices, and that alone would’ve made him fun and fascinating.

But as I got to meet Ed, as I come out like so many others got to know him and his family through his and Carol’s blog, he was more than merely interesting. He was inspiring. For me, marveling at his embrace of his creative gifts later in life, reading the family’s posts about their time together at the end, he was the embodiment of the idea that life is not to be taken for granted, that time isn’t to be wasted.

I had begun the day grousing to myself because I knew I would not be able to paint very long tonight. T1 has an upcoming transfusion, and we need to make the 2 1/2 hour drive to the hospital after work on Monday night so we can be there as soon as their lab opens Tuesday morning.

As I drove back from the grocery store, however, I passed one of my favorite scenes in Arlington, Vermont, Ice Pond Farm. Instead of grumbling about what I might not be able to do with limited time tonight or tomorrow, I thought about the man and the family that have lived their lives so fully that their town felt the loss of one of them number, and focused on doing as many of the things that can be done with the limited time we all have.