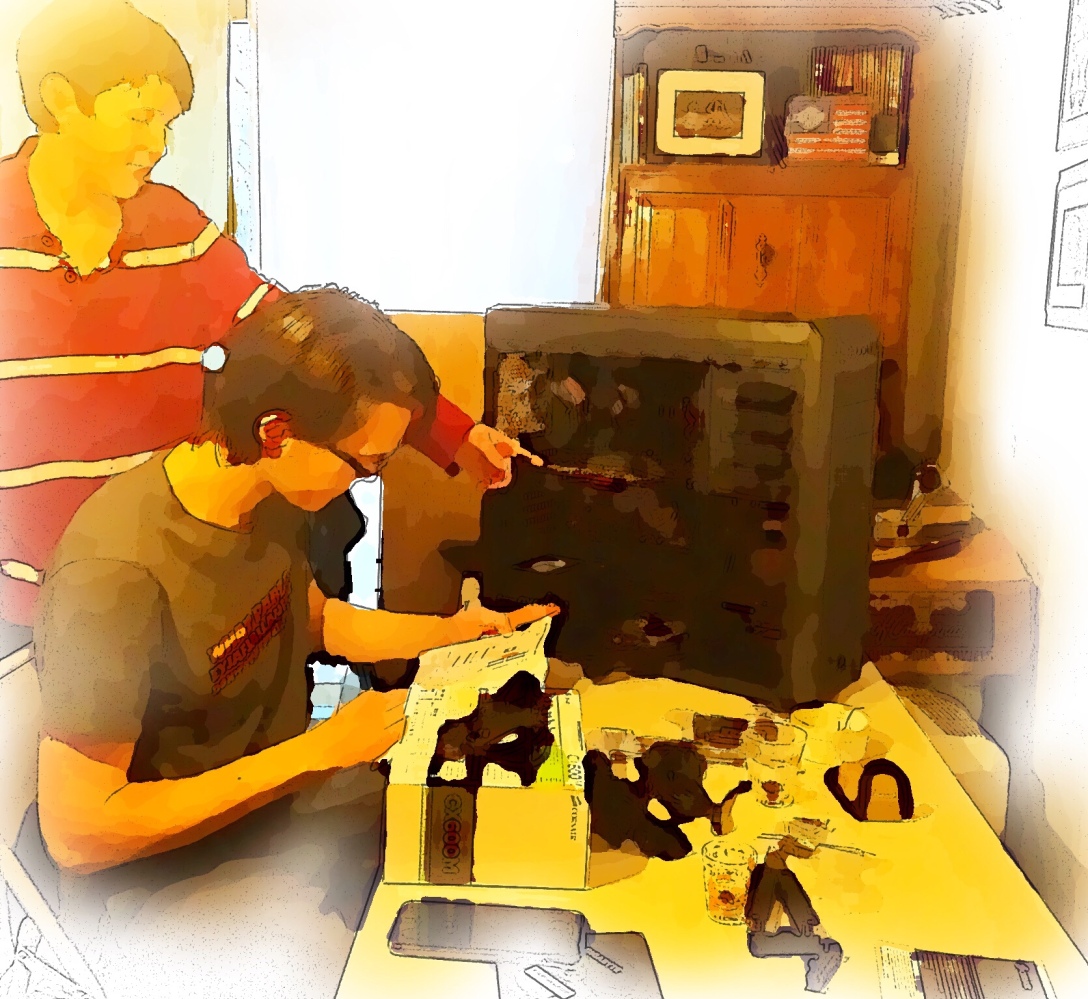 “It’s been a sad few weeks in the valley,” my friend noted this morning. We had been softly sobbing and hugging each in the middle of her country store for several minutes. The day before, Sunday, we had all learned of the sudden death of a friend — another fixture at the country store and a beloved teacher at the kids’ school. The news came on the heels of the death of another mutual friend. Both women were what my friend and I think of as young, and we were both shocked and then, like so many we’ve talked to, deeply sad.

I found myself tearing up throughout the day, looking for a bright spot in the loss of a mother by three young children and now the extinguishing of a kind and lively soul in the community.

When I got back to the house, Thing1 announced that parts for a computer construction project he’d been working and saving for had arrived. He was waiting for Thing2 to get home so they could build it together. I told him this is how Dell and Gateway got started and realized I was smiling for real for the first time since I heard the news yesterday.

The smile was the recognition that the gruesome twosome had found a shared creative outlet, that their curiosity is taking them down a glorious rabbit hole of research and discovery.

But the smile was also the reminder that there often isn’t a bright spot in the bad events; the bright spots exist in parallel with the sadness. But when there is so much sadness in the valley (and the world), the bright spots — the ordinary miracles — are what light the way through.