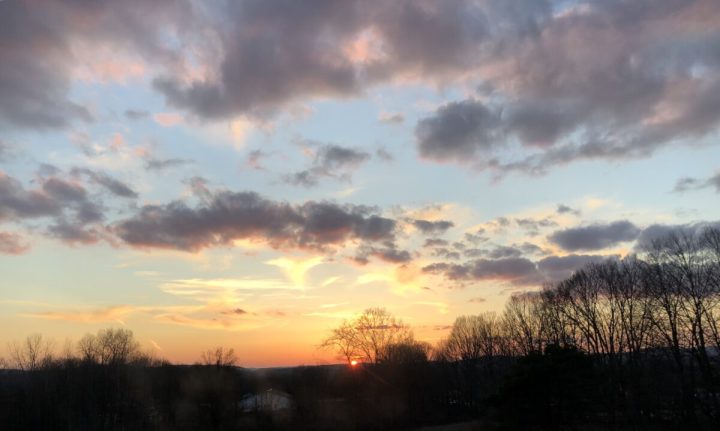 Last night I learned friend had died. We didn’t get to know each other for very long before she got sick from cancer, but I think we both sensed a budding connection, forged by similar senses of humor.

Early on in her illness, she seemed confident she would beat it. We met a few times at the local café, and she would announce the countdown to her last chemo treatment with a calm assurance that this, too, would pass. Her face would tell a different story, but I chose to believe the confidence because I knew we both wanted too.

I kept that belief over the last few months, even as we lost touch her treatments and my decision to start a graduate teacher preparation program kept both of us out from socializing for very different reasons.

A few weeks ago another friend of mine were sitting at that same café wondering if we should reach out, if our friend was at a place where she could receive social calls. Less than 24 hours after our wondering, we learned that her disease was about to come to a sad end, and we both cried.

The first six months of 2019 have been marked by the loss of several friends, and, once, I would have steeped myself in grief and loss. A few years ago, however, another very close friend passed away, and her passing forever changed that. She knew her life was about to end, and, instead of planning a funeral for her self, decided to throw a going away party and tell her friends how grateful she had been to have them in her life. The Big Guy and I cried after we left it, but come up for the most part we went home and into our lives grateful for having known her. I still see her fingerprints around our town, and they make me think of her, and I smile.

Last night, I wept because it is normal to do so when you lose a friend. Then I thought of our short time together and of the places where I will likely see her fingerprints and smile, and made a conscious decision to go to bed grateful for having met her, even if it was for far too brief period of time.

One thought on “Fingerprints”