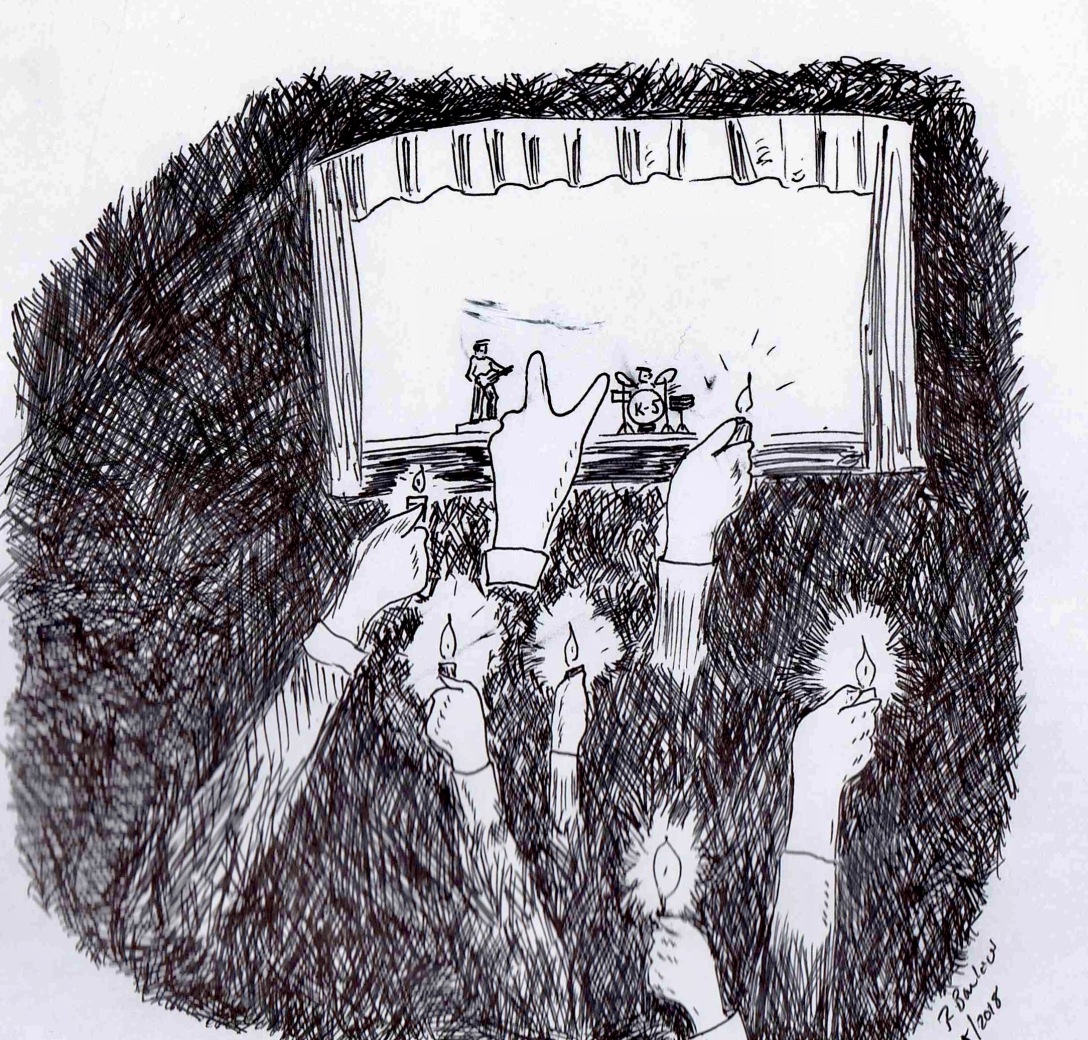 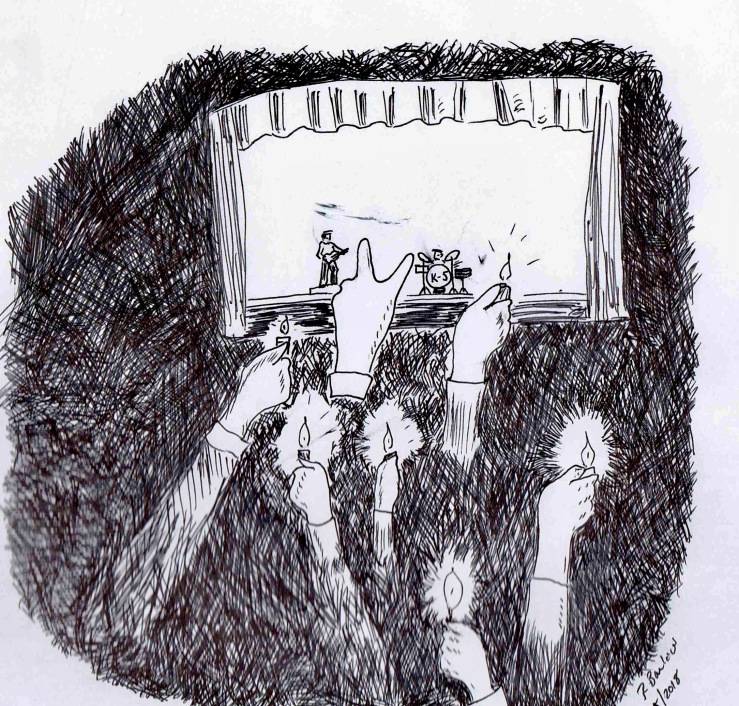 We weren’t late, but we weren’t early enough to Thing2’s band concert to have a good seat selection. The elementary school band is small, and I was surprised by the crowd.

The concert program revealed that the middle and high school bands would also be performing. It’s a small school system, so I was still surprised by the increasingly packed house. We’ve been to a lot of recitals and school concerts over the years, so I thought I knew what to expect.

The high school band played first. The elementary and middle schools bands sat in the first row of seats waiting their turn. Mr. Neeson, the band instructor, introduced the piece, a march that the high schoolers will also be performing at the Memorial Day parade in five days. He then called for and got a B-flat from the band before them their cue.

The first notes marched perfectly in unison, echoing through the tiny auditorium and daring the audience not to clap. The band, culled from all grades of the high school, handled changes in rhythm and key, and the Big Guy and I had to remind ourselves that we were listening to kids who weren’t old enough to vote carry on a fairly complex musical conversation.

They segued to a jazzier number, a ‘jam’, we were told, that was composed for the concert. The Big Guy and I gave each other the super-impressed look. Our jaws dropped as the students got up from their places and switched instruments.

“I don’t make each kid solo for a performance.” Mr Neeson turned around to talk to the parents for a moment. “I do require they all know how to improvise, to listen to and play with each other.” Then the music started again.

There are fewer than 400 kids in our entire school system and, from the outside, it may seem fairly homogenous. The reality is that our school sees multi-generation Vermonters and transplanted flat-landers, Trump fans, Bernie-or-busters, and everyone in between. There are kids who get new iPhones every year and kids who may get their only meal of the day at school.

There was no way to tell if the pianist was a liberal or the drummer is a libertarian. The only thing the audience knew for certain was that these kids had learned how to change their perspectives, see new points of view and express their individuality, creating rich, beautiful music instead of just noise.

More than once during the concert, the Big Guy and I told each other that Thing2 needs to be in band again. Thing2’s creative spark burns hot enough that he may very well propel himself into a creative life when he’s grown up — with or without a school program. The performances, however, melded into a beautiful example of how arts in the schools are about so much more than vocation or even avocation. We knew Thing2 loved band practice, but it was only when we saw him and his friends working together to make something wonderful, that we realized the music program was teaching him as much about life as it is theory and even creativity.

“So how many of you are Beatles fans?” he asked. Every hand in the audience went up. He asked if we knew the chorus to the first song on the album Abbey Road and then enlisted us as backup singers.

The band had no singer, but as the first drum roll completed, I saw a few parents mouthing, “Here come old flat-top”. My eyes were damp as the next two lines reverberated, and by the time the band was playing “One thing I can tell you is you got to be free,” every parent in the room was ready to sing out,

“Come together, Right NOW!” And really mean it.