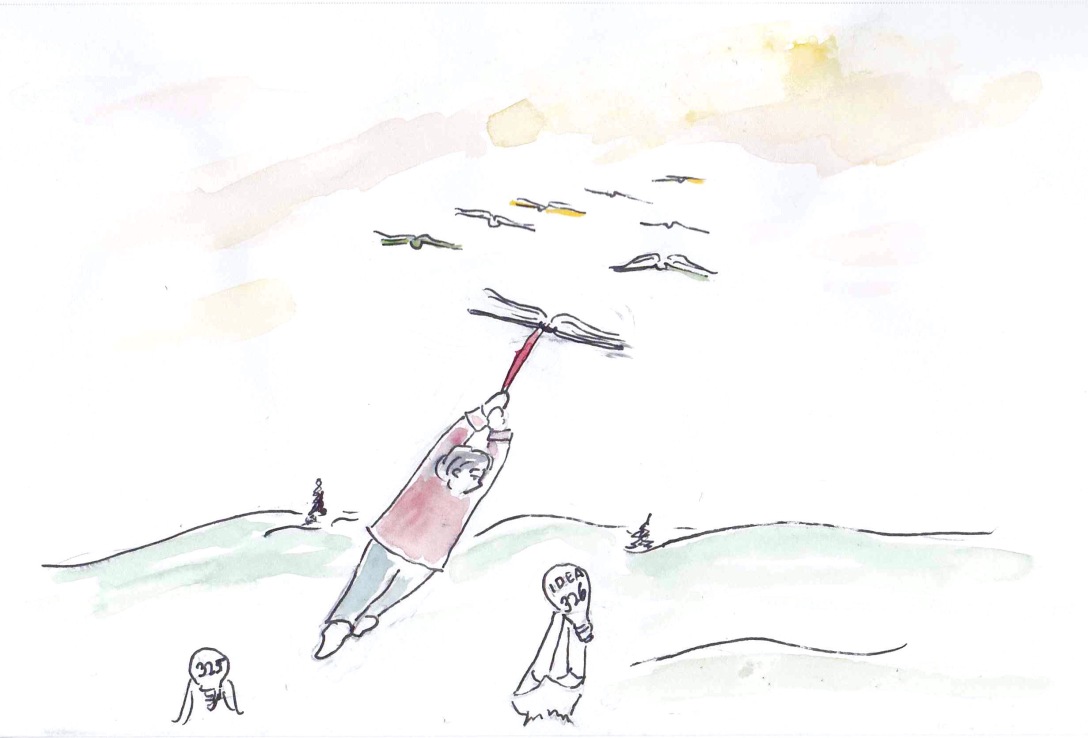 Even after 49 years, I can still take surprisingly long time to recognize when a manic episode is starting. It’s not telling every person in town I’ll be happy to come over and answer that computer question after work or even right now. It’s not acceding to all of Thing1’s needs and wants for college and groceries. Nor is it when I’m googling every graduate program and trying to turn the lemons of a stable but unsatisfying day job reality into a Tom Collins of academic and professional success by planning a succession of degrees at schools I could never afford and which would have dubious value for a middle age Hausfrau who already has too many responsibilities and dreams.

No, usually it’s about the time I look at my bank balance and say, “Oh shit,” that I realize mania may be in full swing.

Today I was in the shower when I realized I my flight was ending, sending me knocking at the door at the back of my mind. That door is the place I go when the world becomes my demon, often made worse by maniacal flights of fancy. It’s a gateway to a vast, rich fantasy world as layered and complex as the ‘real’ one everyone else lives in. Sometimes I crash through it as I fall out of the stratosphere, other times, I slink through it.

There’s usually no logical reason for the flights and falls. The wrong screw is loosened, and then up and down and up I go until I find a way to pound my octagonal peg of a personality into a round hole of life.

Over the last few years as I’ve become better at managing mania and depression, a few cobwebs have grown over the door. I may peek through but don’t really go inside. That morning in the shower I rinsed the soap from my eyes and found myself fully on the inside, peeking out, but realizing the kids, my husband and my job require active participation in that outside world.

The lifeline back to the other side, this time, came from an unusual source — common sense. It took the form of a small, almost unrecognizable voice in my head.

Those two words were so simple and clear, more meaningful than just saying no to the drug of trying to do everything because it sounds good. Don’t just fly after every idea. Learn to fly with one or two dreams in a single direction.

So the next morning, I looked at all the creative projects I’ve started over the last year.

The words ‘I have an idea’ can strike fear into the hearts of husbands and resignation into mentors. My sun-singed ideas languish in half-filled notebooks and devices. An almost-finished children’s book marinates on my iPad as I view yet another video on how to write children’s books. Another waits to move from the rough sketch book to the painting table. The pages of still another non-fiction book have started forming. Meanwhile, I’m still trying to explode into the sky and catch every idea for a novel or comic book that flutters chaotically over the fields and mountains, often following their trajectory until I’m blinded.

And then, “Let Go” echoed again.

It reminded me that chasing every dream, soaring towards the sun, may make it hard to tell the difference between the glow of opportunity and a goal going up in flames. Letting go means nurturing a few meaningful the ideas that may already be getting off the ground.

So I’m letting go of the degree research and lining up the writing projects so that I can more easily follow one at a time and stay on course. I hope it means I’m learning to fly in formation.