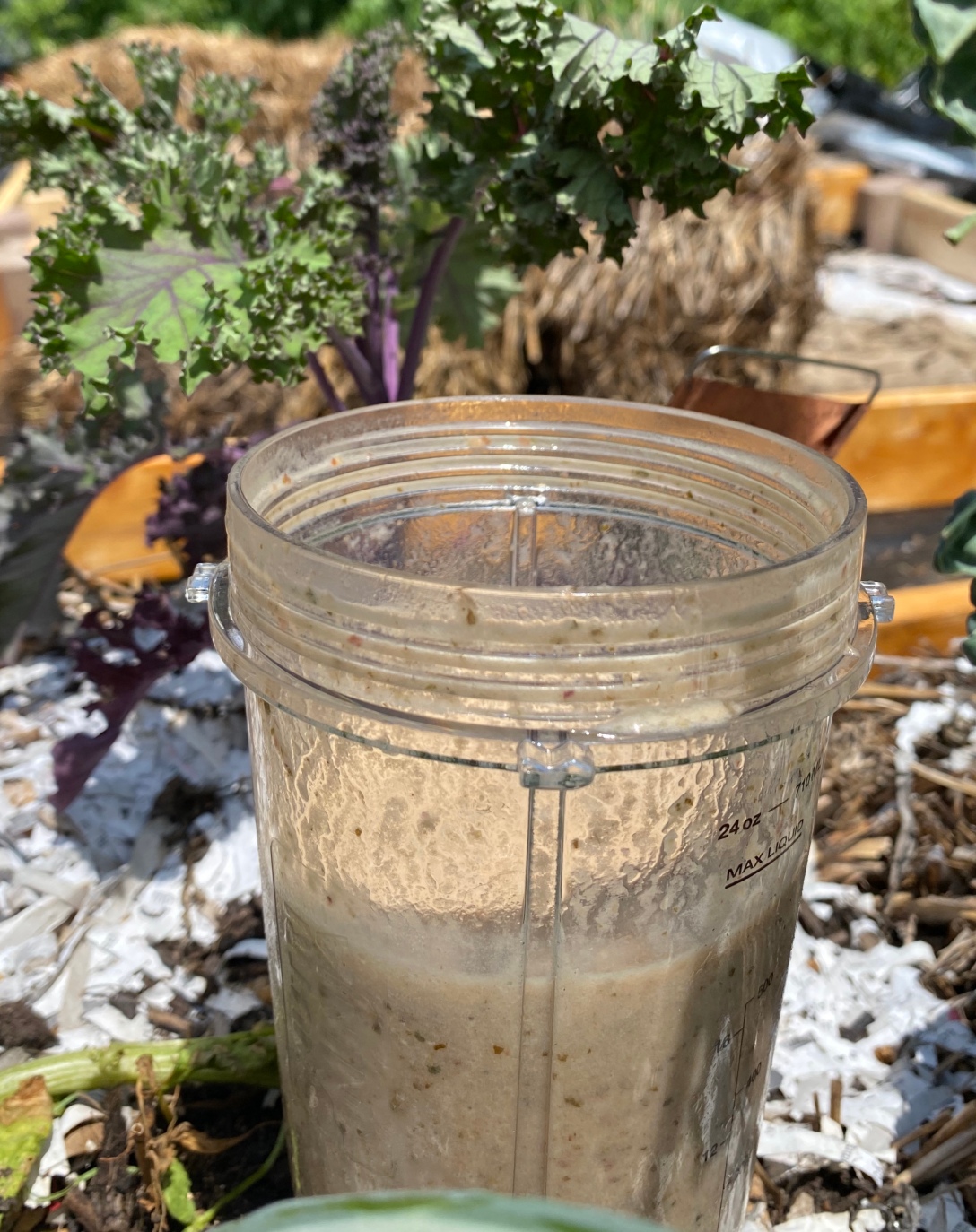 One of things I love about having two kids who are getting older (one is almost 20 the other is almost 14) is that, as their different strengths emerge, I am ending up with two very different and wonderful partners in crime.

Thing1 one is my builder. I contract more and more construction projects out to him these days.

Thing2 is my idea man, my co-dreamer. When I have an idea for a backyard project that might make Thing1 or the Big Guy gasp in horror, Thing2 is ready to hop on that flight of ideas with me which that’s how I ended up with today’s menu specialty, Garden Surprise.

Last summer the two of us were shopping and stopped at the food court for mango smoothies. We both decided they were so good we had to have seconds, and just before total brain freeze started to take hold we uttered, at the same time, “we should get a blender so we can make our own.”

Now I know what you’re thinking. There should’ve been a responsible adult there to put the kibosh on this idea, but five minutes later we were headed over to the kitchen store to pick out a blender. We bought a bunch of frozen fruit at the grocery store and did a little experimenting. Almost as soon as we stocked the freezer and perfected a few blends, however, cold weather set in, and the blender didn’t see much action for the next nine months.

We’ve had a few barnburners recently, and the frozen fruit and blender have re-emerged but with a twist this year. The last few days, as the garden really starts to produce, I’ve developed a new recipe, Garden Surprise, which consists of water, protein powder, a little bit of frozen fruit or banana, and anything that happens to be ready to pick. It’s yielding wildly different drinks from day to day–today included kale and cilantro and peas, but, just as i’ve learned from my two very different boys, sometimes the things that take you most by surprise also offer the most joy.