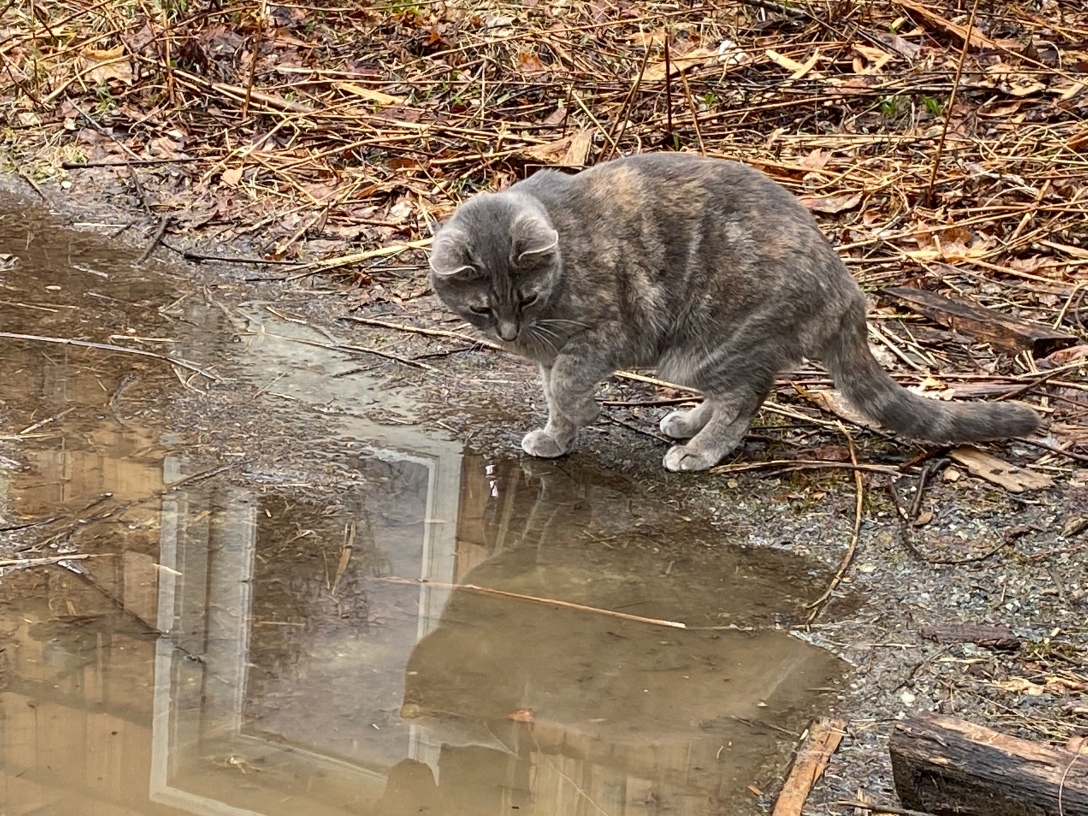 In an apparent attempt to prove that the world would be better off run by members the next generation, the boys have been dragooning me — for my own good — into a very short ZeroK walk around the house every day since I’ve been sick. Thing1’s rationale is that there is nothing that even the smallest bit of exercise can’t make better, and each day there’s more evidence to prove him right.

The first day, the boys and I spent most of the first 10th of a mile trek reveling in each discovery of emerging spring green. The cats and dog cavorted around us, darting in and out of the woods after each other. The boys played catch with an old hacky-sack as we walked, occasionally giving Jim-Bob a chance to inspect it after a fumble. 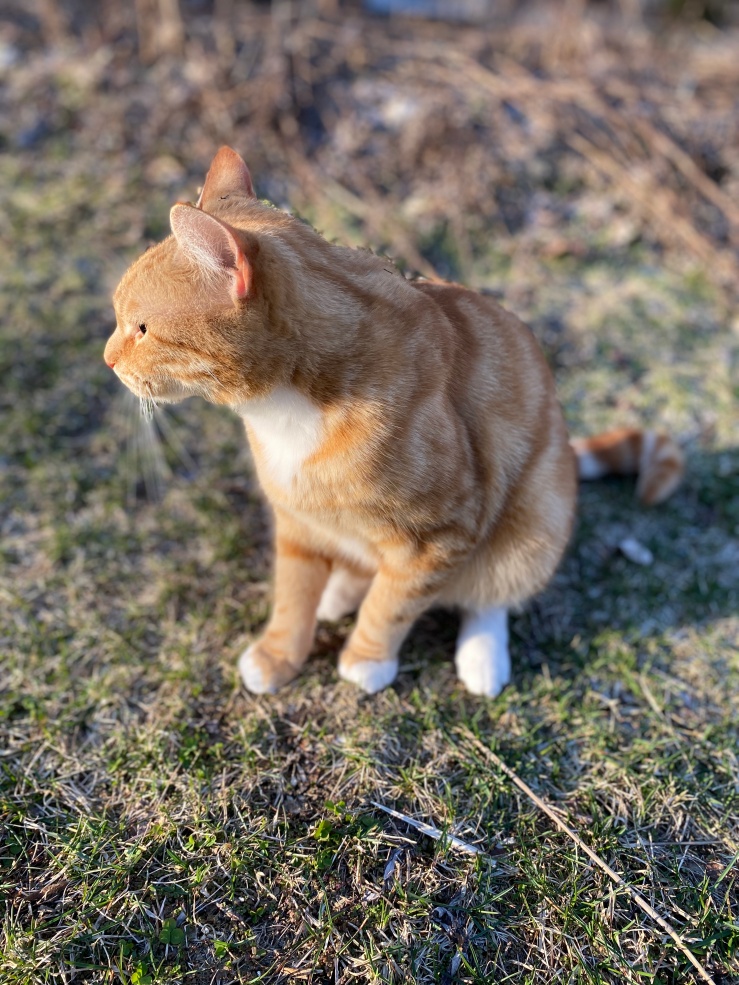 The second day, the Big Guy decided to join us on our Zero K walk. The dog quickly took her place a few feet ahead of me, and the cats began their outdoor dance, darting in and out of the woods, pretending to stalk and then rub against the legs of their human prey.

By day 3, the Zero K was a family routine. The cats cavorted slightly less, opting to take the lead on our lap on the running trail I had worn around the house back when I was training for 10k’s and 12k’s in solitude.

Like the rest of the world, we’re self-isolating from the rest of the world — we have two people in high-risk categories, and I’m sick with respiratory illness. It could be a time of fear. Our communal walks, our Zero K’s through our cloister of mountains and trees have turned the next weeks of cocooning into an unexpected gift.

2 thoughts on “Feline Friday and The daily Zero K”